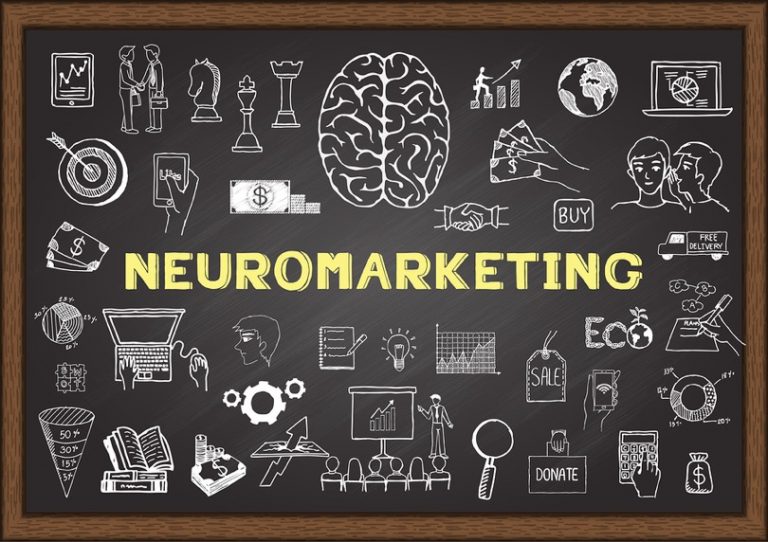 Many experts in the marketing industry agree that to reach consumers it takes more than good advertising online or through traditional media.

Therefore, there is talk of Emotional Marketing and other techniques such as Storytelling, which are responsible for creating a story full of emotions and feelings around some protagonists that is not necessarily the brand. In this case, the brand is just the context. If you are not sure what we are talking about, ask Coca Cola and its multiple commercials of happiness that are full of this technique.

This is just an example of how large corporations play with human emotions to reach beyond a buying process. This story is a bit old and many consumers know it.

But in the last decade, Neuromarketing began to be talked about as a new science that investigates sensory and neuronal processes of the consumer’s mind to understand how it behaves during a buying process.

We are talking about neuromarketing taking neuroscience techniques to apply them to the consumer marketing that was being done. Thus, the levels of emotion, feeling, values, attention and memory that act in the brain are analyzed, according to stimuli received consciously and subconsciously.

All this is done in order to know the reaction of a person during the purchase process; rather, the reaction of your brain, and thus more accurate data on the product is obtained, to improve it, change it, optimize the offer, or simply learn how to persuade and manipulate the rest of the consumers without these, many times, being given account.

Now, the question you will surely be asking yourself is how they do it; well, to put things in context: surely, it has happened to you that reason prevails; that is, if the price is right, you need the product and you have how to buy it, you will end up buying it. But other times emotions are what drive you to buy it because it simply “looks good,” “you want to try it,” or “it’s cute.” If you later analyze it, you will realize that you did not really need it, but the satisfaction of having it could more.

That is the role of Neuromarketing, in the end, it is not only selling but demonstrating that consumers actually acquire some product by stimuli (it is said that 90% of purchasing decisions are through the subconscious), which leads to rethinking strategies from marketing to large companies to not launch a campaign destined to fail.

Without a doubt, neuromarketing not only provides benefits to companies and brands; It also discovers patterns of behavior that can improve the quality of life of human beings. Among all its benefits, include …

How do you buy our brain?

This is one of the keys to understanding how Neuromarketing makes sense; especially if we start talking about the Millennials or Generation Z.

But explaining a bit of neuroscience, let’s divide the brain into three parts: the paleocortex, the archecortex and the neocortex; The first two are in charge of controlling the instinctive and basic cognitive processes of animal behavior: eating, walking, going to the bathroom or sleeping.

And in the third are the higher cognitive processes such as reasoning and language. But the interesting thing about these parts of the brain is a region called the limbic system, where information related to memory and emotions is processed.

This is the region of the brain where we want to reach; It is located in a primitive area where the basic information of the survival, impulses or natural instincts of the human being is also stored.

We give you an example: the auditory sense is special in the human being, because the ear picks up the sounds and moves them directly to the limbic system, which sometimes causes us to perceive a smell and relate it to some of our past or memories of some site. Hasn’t it happened to you that you listen to a song and remind you that Grandma used to sing it or that day they went to the disco with friends? Doesn’t it happen to them that they get excited when they listen to a song on the radio, even if they could have it on their device or cell phone?

All this type of behavior and reactions has to do with emotions and memories that touch the fiber of the human being and that many of them are stored in the subconscious; which causes many times, the brain responds to these stimuli and determines the purchase of a product.

Now how do we do it? There are three types of neuromarketing.

It is based on everything we hear. We have already said that the auditory sense has a special treatment because it moves the sounds directly to the limbic system of the brain. A person’s ear is able to differentiate about 30,000 different frequencies.

Each sound has a purpose and even silence or the absence of sound is important. They discovered that in the cinema, when they included soundtracks to have a set of sounds and create emotions of joy, tension and sadness, supported by the image they projected.

Now let’s imagine that applied to marketing, have you wondered why in supermarkets or shopping centers they play music? To influence the consumer in their purchase or choice process. For example, in a clothing store for young people, you probably listen to pop, electronic or urban music, to give the feeling that there is always a party or something to celebrate.

In the supermarket the music is more relaxed, more instrumental and if possible, they look for you to sing; They are interested in spending as much time as possible inside their facilities. Hasn’t it happened to you that you know a jingle from a supermarket and sing it over and over again?

This type of neuromarketing is that which is based on what our eyes perceive. Let’s say it’s a little harder because the sense of sight can capture it “almost everything.” There are techniques that are used to make the consumer perceive something more interesting. For example, there is the traditional 99.99 in the products. Scientifically it is proven that this price does not cause as much impact as seeing 100.

Another example with which neuromarketing plays is with the words in the products of “offer”, “discount” or “free”. Maybe the product is not free, but you must take someone else to get it, but your attention is already captured when you noticed the product by word; That means your subconscious is machining if it is possible to take the product with you. Emotions and stimuli!

It has been shown that an image always arrives much faster to the brain, which means that the effectiveness of the message to be transmitted is also more guaranteed.

This type of neuromarketing is what we achieve by activating the senses of smell, touch and taste. There are many places that have a specific smell that you perceive as soon as you enter.

For example, many of the supermarkets tend to smell like fresh bread; that is because they place their bakeries in the middle of the premises. This in order to provoke through the sense of smell.

Another example is the location of the products, why are some placed in a box? The position, lighting and size of the baskets or shopping carts may vary to stimulate the senses. At food fairs or tastings it also happens that they give the public the opportunity to try some of their specials or main courses in small portions.

In conclusion, the brain collects all the information perceived through touch, taste and smell and determines if that product is necessary or not to cover any emotion.

In short, we are sure that more and more people acquire products because they react more to a stimulus than to reason. And from this, companies have already noticed. Here we only present simple examples that you can visualize on a daily basis, but companies like Cheetos, for example, have worked on the presentation of their bags to activate or prevent the activation of certain feelings, such as guilt.

Ford is another company that discovered that the image of sports cars woke up in their consumers areas of the brain related to pleasure, the same areas that are activated with sex, for example.

And this is just the beginning!